A couple of nights ago, while my dog snored down at the foot of my bed, I scanned through a list of horror movies for the Halloween season, I came across one that I had wanted to like when I’d seen it in theaters but was left with unanswered questions. I was already a huge fan of films such as Cannibal Holocaust, so I couldn’t wait to see this film by Eli Roth, The Green Inferno. 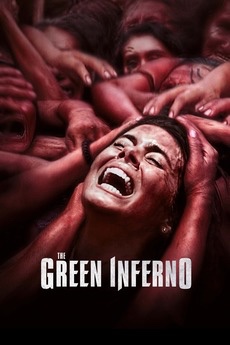 I had seen the film in theaters from an unawakened mind however, and was left wondering: Why, in the end, had the main character Justine lie about the ultimate scenario of Hell on Earth that she had just escaped?

My unaware and uninformed mind had chalked it up to be a part of the dream sequence. But I was then baffled by the scene during the credits.

After watching the Uncut version a few days ago, with a mind that has been awake and aware for some time now, my initial interpretation was that Justine was back in a world filtered by the media, and feared no one would believe her if she said the indigenous tribe were actually fucking monster savages rather than primordial innocents.

After the viewing, I wanted to find a thorough explanation from the director himself, Mr. Eli Roth. Instead, I found forum after forum of the most idiotic interpretations of this ingenious film that clearly is seriously misunderstood.

It just so happened, the main thing discussed and questioned seemed to be the same question that I was initially baffled by:

Why did Justine, the main character, lie in the end?

While most of the “victims” are eaten alive, Justine, the protagonist, is spared so that the tribe can perform female genital mutilation (FGM) on her. Another victim is subjected to “the ordeal of the ants”.

You maybe asking why I put quotations around the word ‘victims.’ Because they are not the victims of the film. The tribe, which just so happens to practice cannibalism are seen as the evil-doers by blind audiences. Cannibalism, FGM and trials and rituals involving insects are, in some cultures, coming-of-age ceremonies. but this is hard to consider and seen as offensive to the sensitivities of Westerners—which are usually put on for show.

Why would the tribe bestow initiation on some prisoners and eat others? There are few clues as to the culture or motivations of this tribe.

At times, the film seems like an apology for colonialism. Before leaving for Peru, Justine tells her father, who is a lawyer for the United Nations, that she wants to stop FGM.

He answers: “There’s laws, there’s process, you can’t just go invade a country because they’re doing something you think is illegal or immoral. At least not anymore.”

As monstrous as these cannibals are, the real monsters are the “social justice warriors.” And this is proved to be true when the film’s director, Eli Roth, explains:

“The whole idea of the kids saving the rainforest only to be eaten by the tribe they saved is a metaphor for how people are shamelessly consumed by their vanity and need for validation on social media.” 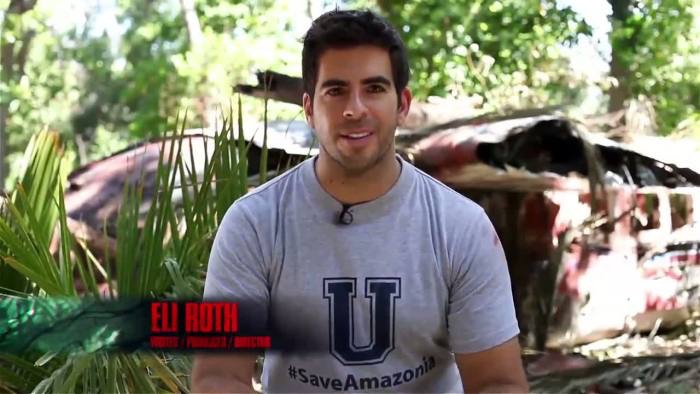 Social justice warriors value their personal and online fantasies over any actual change. Luckily, these cannibals live a reality that demolishes the power structures of social media. But you don’t need me nor Roth to spell it out for you. One of the main characters does that for you:

Alejandro, the charismatic leader of the activists, asks his ‘friends’ if they have ever had “a fantasy” of saving an undiscovered Amazonian tribe. He explains that shaming people on the Internet is the only way to effect change. The activists take selfies and celebrate when their activities go viral on Twitter. They regard their phone cameras as magical amulets that protect them from authority and danger.

But their western advances in optic technology are rendered useless against the cannibals. In the most gruesome scene in the film, a tribal elder plucks out an activist’s eyes and eats them. Devouring the eyes seems to symbolize that the logic of online shaming means jack shit in the cannibalistic world they’ve become enslaved in.

By the end of the film, Alejandro is revealed as a sociopath who doesn’t care about the survival of the indigenous people or his companions. While in captivity, he explains that his protest to save the rainforest from a petroleum company was actually funded by a rival corporation and that the indigenous people never had any hope of survival. He claims the protest will get their activist group lots of publicity online, which can be parlayed into political power.

He explains that this is the way the world really works: “Do you think the US didn’t allow 9/11 to happen? Or that there is such thing as the drug war?”

From many sites I’ve looked over, the ending is perceived differently for each viewer. But, what the majority tends to forget is everything before the extreme gore and graphic cannibalism—the only things that seem to be remembered.

Justine is a virgin and, according to the classic formula of horror movies, is the only one who survives. Back in the United States we see her telling a group of authorities that the tribe helped her after a plane crash killed all of her companions. She denies rumors that the tribe is cannibalistic. Her motivation for doing this is unclear.

Roth explains: “Does she want credit or does she want to save them? In the final scene, she makes a choice to protect the village.”

The film closes on a group of college protesters wearing T-shirts stenciled with Alejandro’s face in the style of Che Guevara icons. The monster has become a leftist hero. Seem familiar?

The word “monster” comes from the Latin monere meaning ‘to warn.’ The warning that genius Eli Roth wants us to see is that we live in a perfect example of simulacrum (from Jean Baudrillard’s Simulacra and Simulation) in which our heroes are really sociopaths and our aspirations for justice are actually disguised narcissism. It isn’t that Roth doesn’t care, it’s that he is profoundly pessimistic about our ability to change things.

To the critics who didn’t understand, Roth stated, “This fear that somehow a movie would give petroleum companies ammunition to destroy a tribe all sounds like misdirected anger and frustration that the corporations are the ones controlling the fates of these un-contacted tribes.”

Roth’s declared goal is to shock audiences out of a fantasy in which heroism can be experienced from a computer screen. The obsessive use of torture and gore is meant to create the sense of an encounter with a real world that is visceral and dangerous.

One thought on “An Ingenious Film That’s Been Overlooked”