So, what’s on the agenda for tonight’s ugly shimmer of reality? Something I haven’t really touched on very much, and there’s reason for that. I’d first heard of it back in the glory days of my youth, the 90s, yet had no idea what it meant and it had died out before I could be informed. However, don’t call it a comeback—actually, yes you can call it exactly that— it had made a cameo appearance a few years ago, but instead of fading away like I’d thought it would, it has actually grown and continues to grow as it invariably leaves me staring blank-faced, appalled, with mouth hanging wide open.

Political Correctness is not about ending discrimination like they say, but about manipulating the target population to Shush! the target population to protect the perception deception and its Postage Stamp mentality. Today, we need to be wary of people and governments seeking to ban the views of others, simply because they lack confidence in the power of their own argument.

What are they afraid of? If they’re so sure of themselves, wouldn’t they not care?

Oh, they do. They know that if their own background, racism and bigotry were exposed, a lot of people would start seeing events in a whole new light. So instead, don’t argue your case, just ban those who don’t agree with you! Censorship laws that target freedom are poorly worded and are unclear on purpose, in order to allow a wider interpretation in the way ‘anti-terror’ laws claim to target terrorism but are then applied to the public as a whole. 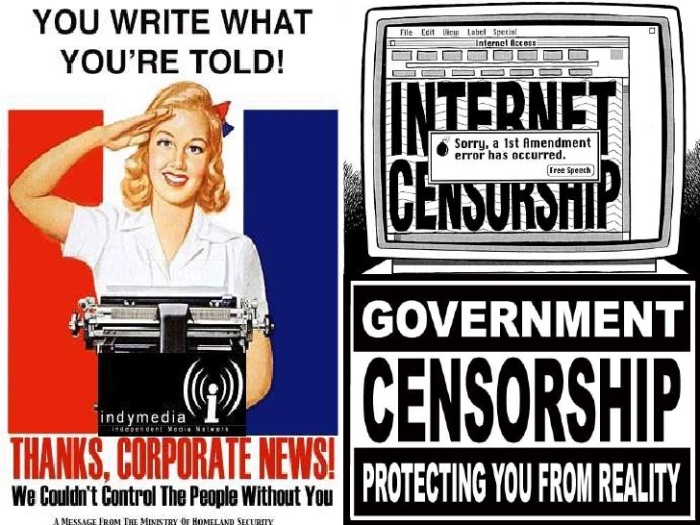 Taking a quick break from the political side of censorship, another prime (get it? Wait…) example of planned censorship comes from everyone’s favorite, Amazon!—which is taking over online shopping and continues to expand in its complete takeover of all things retail.

Believe it or not, if you can remember, Amazon started out as a cute lil online bookstore, competing against the likes of Barnes and Noble, and Borders (remember them?). Now, that cuteness had gone through what must’ve been the most extreme of boot camps, with its domination of the book market, independent bookshops, and worldwide publishers.

Upon further research, that cute little store was anything but—more like Damien, from The Omen. This worldwide domination had always been its plan, and once it achieves this completely, there will commence a widespread censorship of what can and can’t be published and sold.

Facebook and Google had already been through this ringer, and now, truth be told, all three come as one single entity. Bum-Bum-Buummm!

All jokes aside, it’s really pretty shitty, especially since Amazon had stayed out basically with a no-censorship policy. But after much pressure from the Zionist lobby, books questioning the official story of the Holocaust, and those dubbed as “hate material” are being banned.

This is where we stand World, with Amazon leading the way into this modern day book burning, all under the leadershit of the personification of greed, arrogance, and baldness all rolled-up into one, Jeff Bezos. F***in’ Mr. Clean wannabe-lookin’ ass mutha f***a.

The Washington Times reported that it is now routine for publishers to hire ‘sensitivity readers’ to screen new books for words that indicate bias, stereotypes or negative language about gender, race, disability or sexual orientation.

As a result of this growing censorship movement, the Spanish Government has arrested many innocent people who they claim are guilty of making, what used to be considered ‘tasteful’, jokes via tweets, posts, and even street puppeteering. They are serving multiple years behind bars for “glorifying terrorism and victims of terrorism,” when they were nothing more than mere jokes about a dictator, or poking fun at local police—who couldn’t see that arresting them basically confirmed how on point the puppeteers were with their jokes.

Our world is on the verge of a diversity lockdown, driven by the agents of diversity—the “Thought Police.” (I’ll probably be arrested for that one. Oh well. FTP.)

It’s now safe to say that if you want to run drugs without being caught or even suspected, do it through an anti-drug agency. Or, if you want to destroy diversity, use an angry, rabbling mob constantly yelling for the need of more diversity.

This is just a prologue of where we are headed on the scale of censorship by these elite forces of oppression. Political Correctness has become well-known and well-advanced with the world and with politicians who must face a real RoboCop of the P.C. Police if their views do not conform. 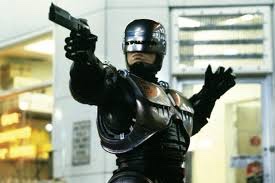 Oh, and as for the many politicians, who are of far greater stupidity, with their support of censorship of all kinds, they will eventually realize that it, not only will apply to them as well, but it already does, and it will continue to do so.

At some point, one has to ask, Why? What is the reason for all of this?

It’s a valid question of those whom are not yet in the know.

But first, whether or not the beings in charge, pulling the strings of those few humans that make up the Global Elite—the Bilderberger’s, the Rothschild’s, the Rockefeller’s, etc.—who own every massive corporation, every bank, including the World Bank and Federal Reserve, and mainstream media—are in fact of a Reptilian or some other subterranean or extraterrestrial race, is irrelevant. Humans of a psychopathic or satanic nature are capable of planning this century-long Global takeover. But, it does seem likely that they may have had some nonhuman help, and ever more likely if these power-hungry assholes are just taking orders from some greater force.

Nonetheless, who or whatever control system runs this multi-leveled, multi-faceted and incessant perceptual onslaught on the human mind wants to create a complete breaking of thought and emotion, in order to implant a global sense of powerless isolation. They want to eradicate the world’s population, and leave maybe a few thousand or so—among themselves—to work as slaves or indentured servants.

Most people today are isolated from other ways of looking at the world, thus creating the desired perceptual stagnation. Suppression of free expression becomes more extreme to prevent the circulation of information that exposes this massive conspiracy—which goes much, much more deeper and truly more disturbing—and its programming.

Like I mentioned earlier, this is simply the precursor for how the world of human society is planned to be, with people unable to speak of anything that the System has not approved. Not to mention, mind-altering and suppressing drugs handed out like candy on Halloween.

The scale of psychological drugs in circulation for both adults and children is nothing short of astounding. And the ultimate plan is to have everyone drugged by law and have this technologically tracked, all in an attempt to keep the peace.

Microchipped pills that inform a doctor when it they have been ingested do not only exist today; they’ve already been manufactured. So now, making them compulsory is all that remains.

The pills produced by pharmaceutical companies do more harm than good, and these are meant to do just that: scrambling the brain and throwing the body out of working condition in terms of health, thoughts, emotions, and most importantly, having the ability to connect with nature; each other; the world.

Believe it or not, it’s your reality—one that you’ve created for yourself.

Don’t believe what I say. Go and find the truth for yourself. But I warn you, this is Sesame Street compared to what has and continues to happen regarding the CIA and many other affiliate agencies’ extensive use of trauma-based mind control and the straight-up EVIL that accompanies it. Honestly, you’re probably better off without knowing all of that, but do be aware that evil truly exists in this world, especially inside its leaders. I’m looking at you, George Bush, Sr.!