The Technocratic/Corporatist Elite are the ruling families of ancient bloodlines who control every major institution in a compartmentalized fashion, from bank cashier to chairman of the board. These institutions include banking, business, military, politics, education, media, religion, intelligence agencies, medicine/drug companies, illegal drugs/organized crime (including drug rehabilitation centers), and more.

Each has its own levels of knowledge and hierarchy within, where people in the lower compartments have no idea what they’re actually a part of—a global version of Russian dolls. The masses existing within each institution make up the foundation of this societal pyramid structure. Thus, without our participation, the ruling, incestuous families will fall. 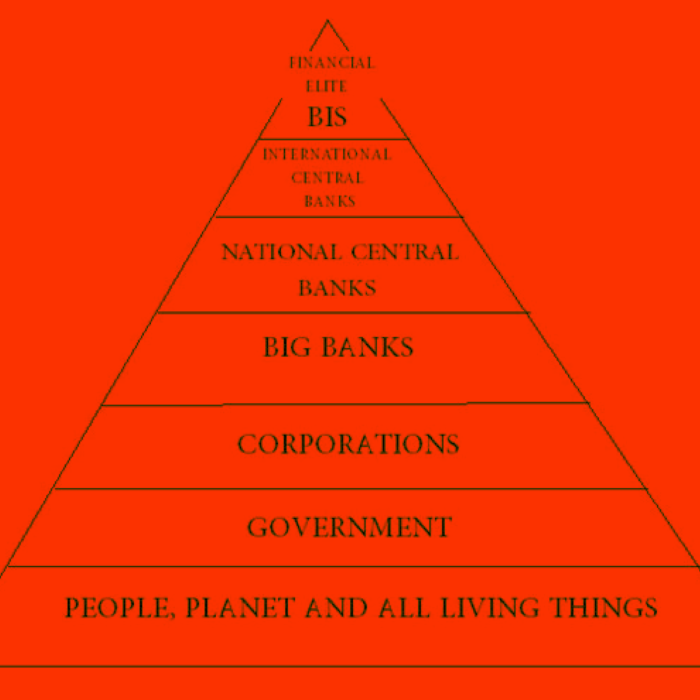 Most people find it impossible to accept that a few people can manipulate the billions of people and operate within all institutions and countries. It’s a fairly simple process when one understands the pyramidal structure and how to condition the mind and reality of the population. 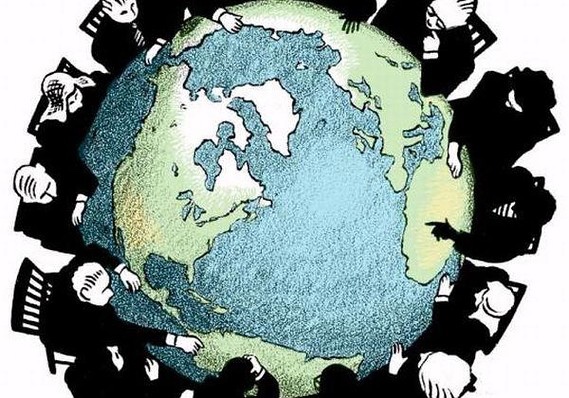 When a few people wish to control and direct a mass of humanity, certain structures have to be in place, which takes a long time. But this has been occurring thousands of years.

The first is to impose the “norms” of society—what’s considered right and wrong, possible or impossible, sane or insane, good and bad, etc. Most people will follow these “norms” without question because of our herd mentality, which had prevailed within the collective human mind for at least thousands of years.

Next, life must be made very unpleasant for those few who challenge the imposed “norms.” These norms, or ‘consensus reality,’ are the most essential for control of this massive scale.

The ruling elitists do this by making it difficult to be different. Those who voice a different view, or version of ‘truth,’ stand out like black sheep within the human herd. With the herd’s conditioning of the accepted norms being reality, it is through their own ignorance and arrogance that they ridicule or condemn others with a different view on life. This pressures the black sheep to conform, and ultimately serves as a warning to others who might think differently or voice a view that challenges the social norm.

This is a form of psychological fascism, where the masses police themselves to keep each other inline. It all stems from the overwhelmingly conditioned fear of what others think of us. It’s nothing more than an assumption we have been conditioned to believe.

Don’t feel as if you must be part of the herd.

Don’t feel obligated to be politically-correct.

Don’t be afraid to think for yourself.

Feel free to be yourself, regardless of what others think or say. The more who do this, the more will follow in their steps.

We are the foundation of a world that has been infiltrated by a few families of power-hungry psychopaths with disturbing, malevolent plans for mankind. If we disobey and refuse to participate within their fabricated social “norms,” they will ultimately fall.

We will live our lives the way they weren’t meant to be lived: free.

Site Title
I AM BEING HUMAN BLOG

being, human, love, healing, happiness, travel, space, here, now, is anbody out there?

Understanding ourselves and the world we live in.

Daily Devotionals on Writings Received from the Celestial -- A COURSE IN MIRACLES, A COURSE OF LOVE, THE WAY OF MASTERY, and CHOOSE ONLY LOVE

Seeking Solace in the Horizon of Life & Beyond.